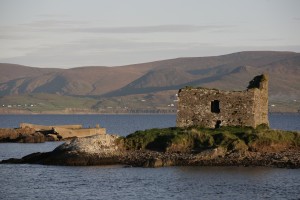 Spirituality, history and legend are all entwined and can be found all around the area, from Ballinskelligs Abbey to the McCarthy Tower and St.Michael’s Well. There is also a wealth of history around the Transatlantic Cable which was laid from Ireland to America with Ballinskelligs having one of the first Cable Stations in Ireland.

In addition, Ballinskelligs is a renowned Gaeltacht (Irish speaking area) and is host to many students each year who come here especially, to perfect their Irish and acquire the beautiful blás of the Munster dialect.

Situated on the edge of the Atlantic, Ballinskelligs has a constantly changing backdrop of sea and sky from turbulence to calm, from sapphire blue to threatening grey creating the ever changing light so beloved by artists who come from all over to the world to the renowned Artist’s Retreat at Cill Rialaig Village.

Ballinskelligs boasts many natural features of beauty, chief among them are three beautiful beaches.  Ballinskelligs Beach has succeeded in retaining its Blue Flag status over the past number of years and the mountains surrounding Ballinskelligs provide a panoramic view of Ballinskelligs Bay right into neighbouring Waterville.

Places to visit during the day include, the Old Abbey, McCarthy’s Castle and Bolus Head, not forgetting the relaxing stroll along Ballinskelligs beautiful blue-flag beach. 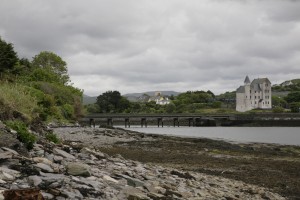 Experience the local history of Cahersiveen and surrounding areas too at the Old Royal Irish Constabulary Barracks, situated on the banks for the River Feartha. Built in 1875, it is now an Interpretive Centre and will provide you with a rich insight into the history and traditions of the region. According to local legend, the barracks were intended to be built in India, but the plans got mixed up.

Visit Ballycarberry Castle and the Iron Age Stone Forts of Leacanabuaile and Cahergal, which are two of the most spectacular examples in Ireland.

Sandy beaches abound the area, and horse riding is available locally too.  Hill Walking trails have been developed in recent times and The Beentee Loop (which starts and finishes in the town centre), the Daniel O’Connell Walk and the Laharn Bog Loop trails are a must for visitors and locals alike.

Deep Sea Fishing is world renowned here due particularly to the wide variety of species available but also for the dramatic backdrop that this beautiful location provides.  The Cahersiveen Sea Angling Festival, set up in the 1950’s, has acted as an annual exhibition of the riches of the waters of the harbour.  Over the years most of the European and Irish top anglers have competed in this prestigious competition.

Sailing and power boating have become very popular here since the introduction of Cahersiveen’s 106 berth marina. Should cruising not be first choice, visitors can take a tour of the harbour and visit the nearby islands of Beginish and Valentia on an amphibious craft.

Local sporting events such as Gaelic Football, Seine Boat Racing and Drag Hunting are held throughout the summer and make the most enjoyable experiences for both locals and visitors alike, full of fun and entertainment.

Cahersiveen boasts a wonderful selection of restaurants, a range of high-class shops and a choice of excellent accommodation.  The Celtic Music Festival takes place over the August Bank Holiday Weekend and is the major social event of the year. 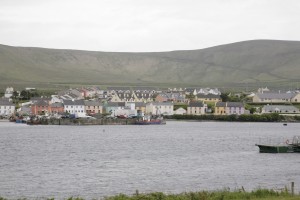 Portmagee is a little bit special. It’s often described as “a picturesque and sleepy little fishing village on the South Western most tip of the Iveragh peninsula, just off the Ring of Kerry”. It’s true but the description only touches on the more obvious charms of our seaside home.

Portmagee is within reach of a huge number of activities from golfing to diving, for which the area is justly famous.

Portmagee is also the departure hub for trips to the amazing and awe-inspiring Skelligs Rocks, the home of preserved monastic settlements from the 6th century, but this is just the jewel in a crown of beautiful scenery, historical sites and fascinating places to visit in the area. 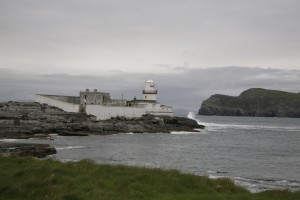 Valentia Island is accessible by a bridge which connects the Island to the Mainland at Portmagee.  A car ferry connects Knightstown, the largest of the Island’s two villages, to the Mainland at Renard Point near Caherciveen.  The ferry is a shuttle service every 10-12 minutes and operates Mid March to Mid October.

Knightstown is a planned village, built on the seafront and was the European end of the Transatlantic Cable for almost 100 years.  It has many interesting and historical buildings, 2 beautiful Churches, Cafes, Gift shops, Restaurants, Pubs and the Island Heritage Centre.  Sea sports, swimming and boating.

Glanleam Gardens are woodland gardens with a subtropical feeling.
The Lighthouse at the harbour entrance is built in a star shaped Cromwellian Fort, and a place for some spectacular camera shots during the stormy weather.

The Tetrapod Footprints are the oldest fossilised footprints in the world.  At 385 million years, they are to be found in Dohilla on the rocks at the seashore near the Radio Station.  The Slate Quarry is the setting for a spectacular Grotto (Marian Shrine).

Further on, the best views are from Geokaun Mountain, the Islands highest point.  A viewing deck stands on the edge of the spectacular Fogher Cliffs.  At the peak, there are 360 degree views of the whole Island, and as far as the Skelligs, Blaskets, Dingle Peninsula and the McGillicuddy Reeks.

St. Brendan’s Well is one of the many Christian and Archaelogical sites on the Island and the Skellig Experience centre near the Bridge gives a flavour of the Skellig Islands – a UNESCO World Heritage Site, their bird life, The Monastery, and the Lighthouse.

Bray Head is a popular walking path all year round, and the Valentia Island Heritage Centre based in Knightstown is well worth a visit with a wealth of history inside.

The Slate Quarry was first opened in 1816 by the Knight of Kerry.  The slates were used to make benches, sundials & tables and also on the roof of the British House of Commons Westminister.  It was also exported to Bahia in South America on the San Salvador Railway station in 1860.  A rock fall closed the quarry in 1910 but it was reopened in 1998 by three local businessmen under the title Valentia Slate Ltd. 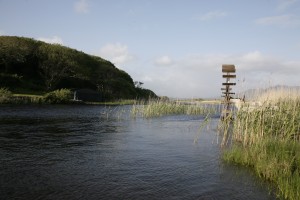 Waterville is a picturesque little village overlooking stunning Ballinskelligs Bay and uniquely, also nestled on the beautiful Lake Currane which is renowned for the some of the best Salmon & Sea Trout Angling in Europe
A wealth of archaeological, botanical and historical features are waiting to be discovered as well as many activities – find out more on ‘Things To Do’ and ‘Places To Visit’ (see left).

The village is also a renowned Golfing Destination with two world-class Golf Courses, Waterville Links being a Championship Course. Both have some of the most dramatic views in Europe.

Surrounded by some of the most spectacular scenery in Europe, with friendly Bars, Cafes and Restaurants, Giftshops, a Village Market and with a great selection of available, Accommodation Waterville really is the perfect base for making the most of your visit to South West Kerry.

Golf – The  village is also a renowned Golfing Destination with two world-class Golf Courses, Waterville Links being a Championship Course.  Both have some of the most dramatic views in Europe.

Fishing – Waterville is an Anglers Paradise with Lake,  River, Shore and Deep Sea Angling to choose from, it appeals to all Anglers.  The Fishing Season opens on January 17th and closes on September 30th.

Archaelogy – Church Island, Waterville.   Church Island is an archaelogical site on Lough Currane.  Romanesque architecture was introduced into Ireland from the Continent in the twelfth century and here it flourished.  Twelfth century Ireland saw an upsurge of church buildings and the borrowed Romanesque style was soon re-fashioned and given a peculiarly Irish cast.

Loher Fort – This stone fort was probably the property of a local Chieftain in the early Christian period around the 9th century AD.  The walls of this fort survive to a height of over three metres and are three metres thick, sloping inwards as they rise.  The site is protected on three sides by high mountains and the views are spectacular.

By continuing to use the site, you agree to the use of cookies. more information